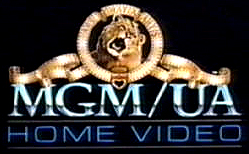 In 1979, Kerkorian declared that MGM was now primarily a hotel company. The company hit a symbolic low point in 1980 when David Begelman, earlier let go by Columbia following the discovery of his acts of forgery and embezzlement, was installed as MGM's President and CEO. Kerkorian did, however, commit to increased production and an expanded film library when he bought United Artists in 1981. The "Metro-Goldwyn-Mayer" lettering on the studio's logo was changed to reflect their acquisition of UA, now reading "MGM/UA Entertainment Co."—the new name for the company. In 1986, Ted Turner bought MGM/UA; changing the name to "MGM Entertainment Co.". But due to concerns in the financial community over the debt-load of his companies, on October 17, 1986 he was forced to sell MGM back to Kerkorian for approximately $780 million USD ($480 million for United Artists and $300 million for the MGM logo) after only 74 days of ownership. Turner retained the one MGM asset he really craved, the MGM film and television library (excepting most shows produced by UA itself and its predecessor Ziv Television Programs, with Gilligan's Island going to Turner). Kerkorian got United Artists and the rights to the MGM name and trademark. The venerable Culver City lot, home to MGM and its predecessor since 1918, was sold to Lorimar-Telepictures, a television production company. The lot has since become Sony Pictures Studios. How much of MGM's back catalog Turner actually obtained was a point of conflict for a time; eventually it was determined that Turner owned all of the pre-May 1986 MGM library, as well as the pre-1950 Warner Bros. catalog,[57][58] the Popeye cartoons released by Paramount (both the pre-1950 WB library and Popeye cartoons were sold to Associated Artists Productions, which was later bought by United Artists), the US/Canadian rights to the RKO library, and a good share of United Artists's own back list. Turner began broadcasting MGM films through his Turner Network Television, and caused a controversy when he began "colorizing" many black and white classics. After Kerkorian reclaimed MGM, the MGM/UA name continued to be utilized, but it changed its name to MGM/UA Communications Co., now using MGM and UA as separate brands. In July 1988, Kerkorian announced plans to split MGM and UA into separate studios. Under this deal, Kerkorian, which owned 82% of MGM/UA Communications, would have sold 25% of MGM to Barris Industries (controlled by producers Burt Sugarman, Jon Peters, and Peter Guber).[60] The proposition to spin-off MGM was called off a few weeks later.[61] In 1990, the Italian financier, Giancarlo Parretti, announced that he was about to buy MGM/UA. Although the French government had scuttled Parretti's bid to buy Pathé due to concerns about his character, background and past dealings, Parretti got backing from Crédit Lyonnais and bought MGM/UA from Kirk Kerkorian. He then merged it with his Pathé Communications Group (formerly Cannon Group, a distributor that Parretti had renamed before his aborted bid for Pathé) to form MGM–Pathe Communications Co. The well-respected executive, Alan Ladd, Jr., a former President of MGM/UA, was brought on board as CEO of MGM in 1991. However the same year Parretti's ownership dissolved in a flurry of lawsuits and a default by Crédit Lyonnais, and Parretti faced securities fraud charges in the United States and Europe. On the verge of bankruptcy and failure, Crédit Lyonnais took full control of MGM–Pathé and converted its name back to Metro-Goldwyn-Mayer. The bank fired Ladd and replaced him with former Paramount executive Frank Mancuso, Sr. and former Warner Bros. executive John Calley (as United Artists head). As part of his exit package Ladd took some of the top properties, including Braveheart. Because of the way they had acquired control of the company, Crédit Lyonnais soon put the studio up for sale, with the highest bidder being Kirk Kerkorian. Now the owner of MGM for the third time, Kerkorian's deal with Mancuso quickly angered John Calley, who quit United Artists and was named head of Sony Pictures Entertainment. By selling a portion of the studio to Australia's Seven Network, Kerkorian was able to convince Wall Street that a revived MGM was worthy of a place on the stock market, where it languished until he sold the company to a group of hedge funds tied to Sony, which wanted to control the studio library to promote the Blu-ray Disc format. (http://en.wikipedia.org/wiki/MGM/UA) 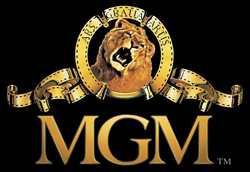